Spotify – Back to School

I have always loved taking photos. It took me quite some time to switch from film to digital, and more recently have I forgone using an actual camera for my cell phone. As the online world is more interactive and visual I try to take photos to accompany my writings. I think it adds to the layers of my writing life as well as much of my spiritual life. In looking for photos to include on this day, I did some googling and research into photography. Living in New York, I’m partial to Kodak and the Eastman-Kodak company, not to mention their connection to Paul McCartney and his family.

In reading up on National Photography Day from the National Day website, I was reminded of a postcard that I carried with me for the longest time. It is one of the few pieces of artwork that I recognize immediately and draws me into the black and white mysteries of the art world as well as a bygone past and of course the romanticism of Paris.

The Kiss by Robert Doisneau

There is so much going on that it inspired me throughout high school and college in creating characters, writing their stories, and including myself in the background of the photo, perhaps in the lobby of the Hotel de Ville.

END_OF_DOCUMENT_TOKEN_TO_BE_REPLACED

In addition to being an issue of the 14th Amendment, it is also a First Amendment issue as it violates religious freedom and unconstitutionally imposes what amounts to a “state sanctioned religion” on the rest of us. It violates the establishment clause and it attempts to control women’s choices and their economic independence as well as their basic human rights.

Click here or on the above picture to be taken to the Tweet to ask your questions of Dr. Fauci when he takes over the White House COVID-19 Response Team’s Twitter to answer questions tomorrow!

The Election Connection series will be a bit more sporadic, posted on a need-to-know basis now that we have an Administration that cares about its citizens in all the important and even in the most mundane ways. I still feel waves of PTSD at moments and then I see Press Secretary Jen Psaki swatting stupid questions, not arguing with White House correspondents, and offering experts to give briefings and answer questions, and I remember that it’s all going to be okay. It’s like the last four years were a dream, and I’m Pamela Ewing.

Unfortunately, the last four years weren’t a dream, and as nightmarish as it was to live through, it wasn’t a nightmare either. It was very real.

We came very close to losing our republic. As it was, we witnessed a coup attempt, an insurrection that struck at the heart of our democracy. Five people died, including a Capitol police officer, but hundreds of others were injured. Two members of law enforcement have committed suicide. And still, there are Republicans who refuse to comply with law enforcement requirements to go through a magnetometer before entering the House floor. I mean, let’s be realistic and honest here, they’re also refusing to wear masks despite common sense and Executive Order, putting their colleagues and staff at risk (four members of Congress plus one spouse became covid infected because of Republican negligence on January 6th, and that was without their obvious complicity in the attack on the Capitol).

Some things are etched in stone – the Constitution including the Bill of Rights is one of those things. The Constitution may be amended, and there are procedures in place to do that. In fact, we have amended the Constitution twenty-seven times, most recently in 1992.

A couple of points:

Unity does not mean to continue to allow ourselves be abused or gaslit.

Unity does not mean giving in to bullies.

Unity does not mean power sharing when Democrats have a clear mandate.

Below the cut are Twitter follows of the Biden Administration, the House Managers of the Impeachment Trial, a selection of podcasts, and other accounts that I follow regularly and find are very informative and honest. Add your own in the comments and I can include them in the next Election Connection.

END_OF_DOCUMENT_TOKEN_TO_BE_REPLACED

Yesterday, in the White House Rose Garden the CEO of Goya spoke in praise of President Trump. He can believe and say anything that he wants. This is America. By the same token however, the people can do the same, and what happened on Twitter yesterday from many prominent Latinx people was a call to boycott Goya products. Even if you don’t traditionally cook Latinx and Hispanic food, you will still know the Goya section in the supermarket: rows and rows of cans and dried beans and spices and sweets and drinks.

As part of the call were many people providing their own recipes for seasoning mixes that can be made at home rather than spending money on Goya products.

The first and most important thing I want to mention that should be remembered in any food boycott: Do NOT throw away food you have already purchased. If you simply can’t have it in your house any longer, donate it. Contact your local regional food bank or your local church, synogogue, or masjid food pantry.

You have tremendous privilege if you are even considering discarding food that is perfectly fine to eat for a political message.

I’ve personally used Badia Spices and they are very good and very inexpensive.

Although they’re not Latinx in particular, my primary spice source is Penzeys Spices. They have stores around the country (most currently doing curbside) and online as well, and their politics matches my own. I’ve used their herbs and spices to mix my own taco seasoning, Italian seasoning and Masala for Chai Masala.

[Graphics of recipes below the cut.] If you have any of your own recipes or resources that you’d like to share, please add them in the comments and I will include them in a future post.

END_OF_DOCUMENT_TOKEN_TO_BE_REPLACED
Some of these accounts I have been following for years, and some I just discovered. Some are better than others. I don’t agree 100% with all their tweets/posts. This is just my list of follows to get you started. It should be noted that there are many allies that I have not included in this first list. I wanted this to be strictly black voices. Any that you would like to add, please put in comments and I can include them in the future. END_OF_DOCUMENT_TOKEN_TO_BE_REPLACED

Chef Jose Andres, immigrant, restauranteur, activist, and advocate started a hashtag on Twitter during this quarantine: #RecipesForThePeople. He’s been posting recipes along with videos of he and his daughters cooking, showing how easy cooking for your family can be. It can also be fun, and a way to get closer to your family. One of the first recipes that I saw was Angel Hair Pasta with Tomato Sauce. According to Chef Jose, it takes less than four minutes to make, and so I got the ingredients I was missing (we already had most of these basic ingredients in our pantry) when I went to the grocery store for my next scheduled trip, and had my son help me make it, along with help from Chef Jose himself (through Twitter-video!)

It was fast; it was easy.

The whole family loved it!

You can find the link (along with his and others’ recipes) as part of the Food, Isolation Style post, but I will also include the direct link to his Twitter here with a list of the ingredients.

A larger pan than I used initially – LOL 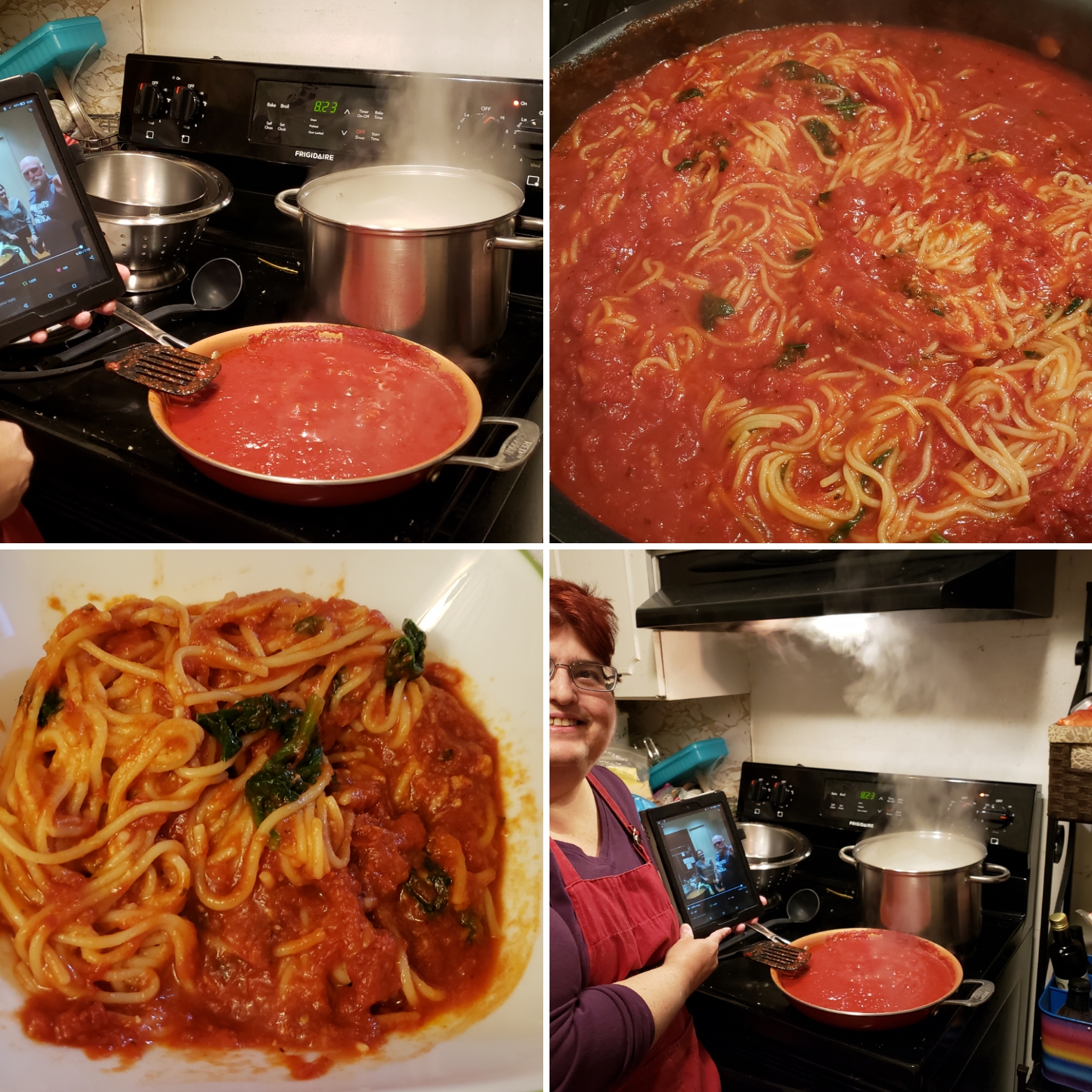 CDC – I have serious concerns about the information coming out of the CDC based on Dr. Brix’s false statements this week. Please be wary and use good judgment. (added 3/27/20) 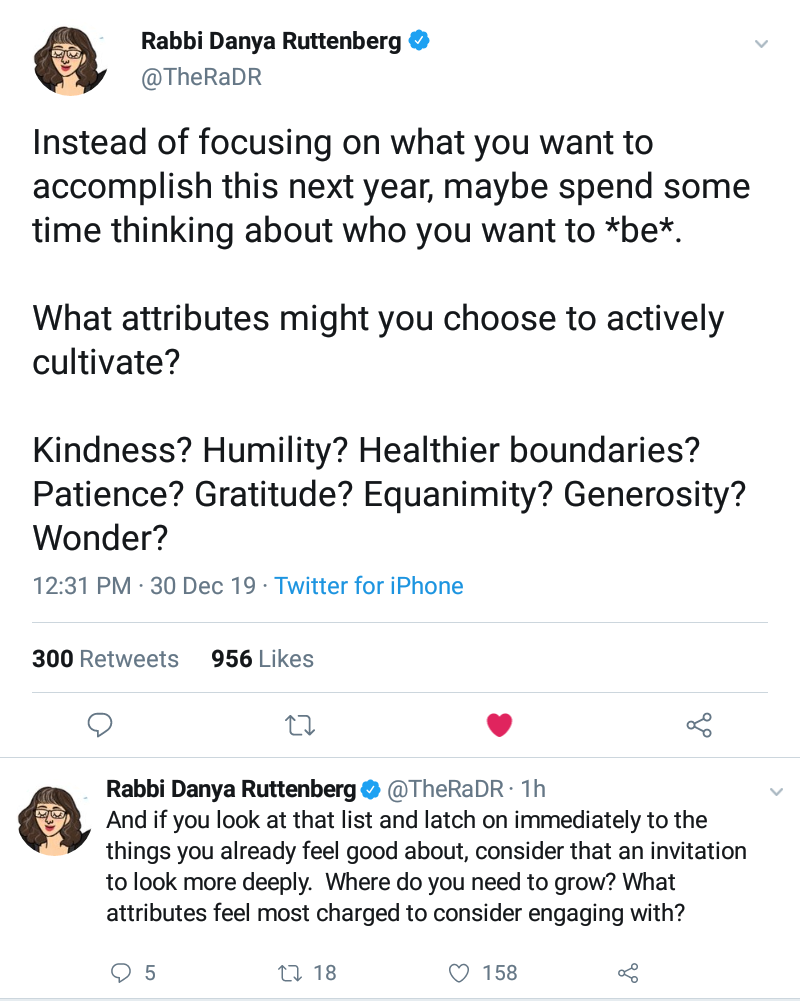 ​Whether you consider yourself a Republican, Democrat, Independent or any other political designation, I hope that you believe, as I do that the impeachment of a President (or Cabinet member or judge) should be considered as a last resort, taken with the seriousness and gravitas that it deserves.Unfortunately, with this President and his Administration flouting the rule of law, ignoring subpoenas, and its blatant public acts of corruption and solicitation of foreign election interference, he, Mr. Trump has given Congress no choice.

And all of that was before this quid pro quo with Ukraine and giving the green light for Turkey to invade the Kurdish territory in Syria.

The G7 at the Doral Resort was just another cherry on the top of the ever growing Trump Corruption Sundae.

It may be hard to wade through the Republican lies and disinformation campaign. Personally, I am disappointed in Republicans who in the past at least pretended to be pro-America. They’ve truly shown their true colors and loyalties especially McConnell, Graham, and Meadows. I’m less surprised by Pompeo, Mulvaney, Jordan, and Nunes. This couldn’t have been proved any better than their deliberate and illegal interruption of impeachment testimony in a secure room in the House just yesterday. The President’s involvement in their stunt is another impeachable offense.

However, my opinion doesn’t mean anything without the facts to back it up.

This post offers sources to read, follow, and listen to as they lay out the impeachment case and continue to offer reasoned perspectives. As new information comes out or readers suggest other sources, I will update this post. I will also add it to my Home page.

Podcasts (I provide links through Player.FM which is where I listen to my podcasts, but you can listen anywhere you already listen to podcasts.)

Rubicon: The Impeachment of Donald Trump from Crooked Media

Article II: Inside Impeachment from NBC hosted by Steve Kornacki

Speaker of the House Nancy Pelosi

Richard Engel – on the ground in Syria

or On Assignment with Richard Engel

Your own Senators and Representatives

Books and Other Publications

Neal Katyal is an attorney who served in the Justice Department, was the Acting Solicitor General during the Obama Administration from May 2010 until June 2011, taking over the position after Elena Kagan became Supreme Court Justice. He was born in Chicago, and has argued more Supreme Court cases than any other minority lawyer. He seems to always have cases before the Supreme Court. He drafted the Special Cousel regulations in 1999, and those are in continued use, and used to assign the parameters of the Mueller Investigation. He was one of Al Gore’s co-counsels before the Supreme Court in Bush v. Gore and teaches at Georgetown.

He has written his first book, Impeach: The Case Against President Trump, which is coming out on November 26th, just in time for those family dinner conversations, explaining impeachment to those of us asking the questions. It can be pre-ordered.

It is also helpful to read the following:

Mueller Report (this link will automatically download to your device)

The opening statements of the testimony of Marie Yovanivitch, former Ukraine Ambassador (this link will also automatically download to your device)