I started my recovery through depression and anxiety in the spring of 2012. Obviously, there were issues prior to actually getting help, and I owe it to my friends and my doctor for seeing the problems and putting me on the right path.

One of the things that I truly needed to survive were anti-anxiety meds taken daily. The problem is that with the prescribed dosage I lost a lot of emotions. Not just awareness, but the feelings. For myself, I needed to be able to be sad when the time arose, like when my mother-in-law died. We adjusted the dose, and it’s better, but I could have really used this in those early days. I plan on looking at this chart in the days ahead and expanding my emotional vocabulary.

[Clicking on the picture will take you to the original article.] 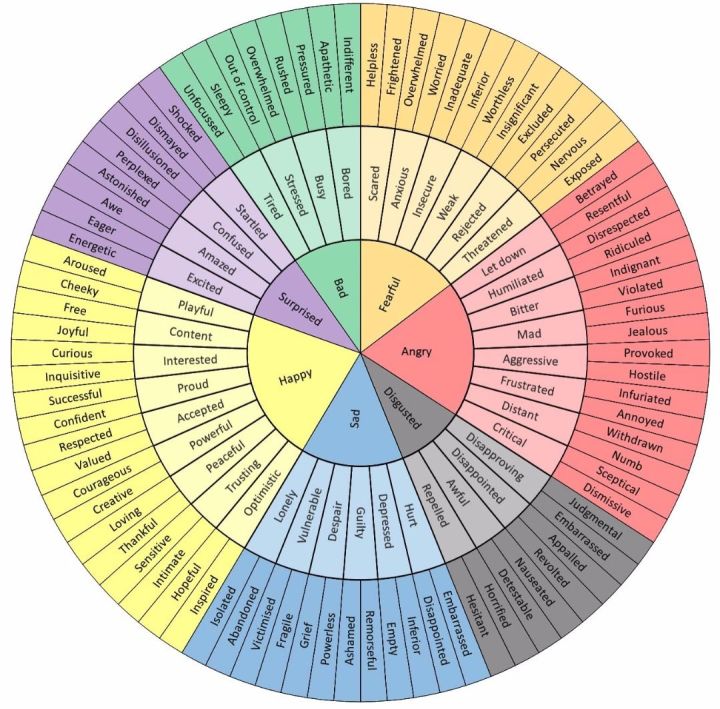 Provided from Sarah Schuster on The Mighty. Clicking on the picture brings you to Ms. Schuster’s post and information on the graphic in relation to her mental health. Copyright, S. Schuster (c)2018-2019

Mass was oddly unsatisfying this morning. My expectations may have been a little high, although the somber intonation of the congregation’s response to the priest’s words illustrated that it was not an ordinary day for daily Mass.

I read a friend’s account of 9/11 and I hadn’t known that she was there that morning, and her reminiscence of the perfectly blue, perfectly clear sky over Manhattan triggered my memory that I truly had forgotten about in talking on Tumblr this morning.

We are from Long Island; in fact, I grew up in NYC before that, and after marriage, I moved about 250 miles away, well out of the city area. We traveled often to visit our parents and siblings, and on September 10, 2001, we were returning from Long Island. The crossing over the Throgs Neck Bridge gives you a perfect view of the World Trade Center, and we drew our four year old’s attention to it.

We got home safely, but had to be up early waiting for the Verizon guy to fix our phone line. I turned on the television as I did every morning and watched the Today show. They were talking about a plane that ‘accidentally’ hit the World Trade Center.

I watched the rest of it unfold in real time, spending the day trying to get through to our family and friends still in the area, keeping my son entertained away from the TV, and talking to passersby on the street.

At the time, we lived in a first floor apartment, and while our landlord lived off site, he was very well known in the community, and he happened to be there for some kind of maintenance work on that morning of September 11th at our apartment. Our front door was open, and we were on the way to the local supermarket by the older people with their wheeled carts. I think every person stopped by, poked their head in the door and asked for an update. We had neighbors, strangers and acquaintances alike stepping in and out, watching the television for a few moments, speak to landlord, shake their heads in disbelief and walk aback out to finish their morning errands.

The rest of that week was spent huddled in front of the TV. Driving past our local airport was traumatic. A plane overhead against our state capital’s skyline nearly made me drive off the road. There were local memorials, prayer vigils, thankfully for us, no funerals, but our families knew people and my husband’s NY office lost nine people that day.

One year later, our son should have been in kindergarten, but we kept him home. We opted to bring him to the New York State Museum where there was a 9/11 exhibit. I have never been affected by a museum exhibit except Holocaust displays. This one was somber, silent save for some weeping. They had a piece of original fencing where folks memorialized loved ones with missing persons flyers and flowers, flags and ribbons. Relics and artifacts, fire helmets, badges, parts of the buildings’ infrastructure, street signs, but the most profound item: the Engine 6 Pumper, destroyed in the collapse of the Towers.

Even recently, my husband and watched Fringe, and there are some parts that take place with an intact World Trade Center. I find it very jarring. It doesn’t fit my world, and it brings me unbelievable sadness and pain.

For me this is one of those Holy Days, much like we just observed with Rosh Hashanah and will celebrate with Easter. That’s not to be disrespectful of more religious people, but this is one of those days that I just reflect. I think about my life, and the direction it’s going, the mistakes I’ve made and how to adjust myself to be a better person; I think about my kids and friends and family. I’m grateful for our friends who survived; I pray for those still struggling, with physical ailments related or PTSD, and I mourn, not only for the dead, who simply went to work and never came home, but also for the people; the world that changed on that day for all of us. I think when our parents told us things and quelled our fears, and said we were safe and would be well; I think they truly meant it. I wonder for how many do those words feel hollow and like a lie? I feel it. There are no other answers, but to reassure our children or our friends that need reassurance, but how hard it is to say when I’m  not sure if I believe it, but I still hope and I guess that’s why I continue to say it, not only to my kids, but to myself.

Every year, I always recommend this book. I believe it is out of print, but try and find it anywhere. It is the epitome of humanity and of strangers coming together and doing.

The Day the World Came to Town by Jim DeFede

Also, visit the Dalai Lama’s Twitter and Facebook. He is a wise, compassionate man and it is good to think on his words.

As well as one of the main organizations that I support: Random Acts 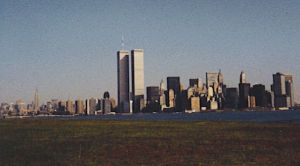